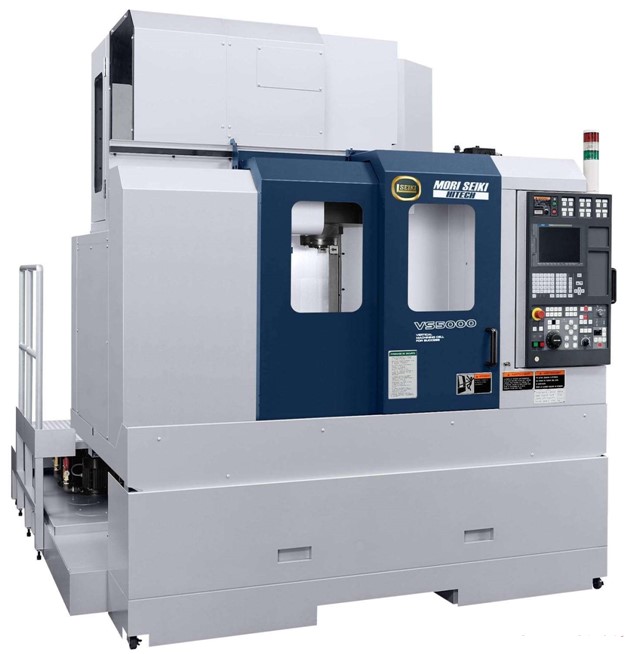 The first practical metalworking lathe was invented by Henry Maudslay in 1800. It is simply a machine tool that holds a piece of machined metal (or workpiece) in a pinch or rotating shaft and spins the piece. this metal. This cutting tool is used by the operator through the use of the handwheel or the steering wheel. Size accuracy is controlled by the operator by observing the graduated disc on the steering wheel and moving the cutting tool in a reasonable amount. Each piece is produced that requires the operator to repeat the movements in the same sequence and with the same size. 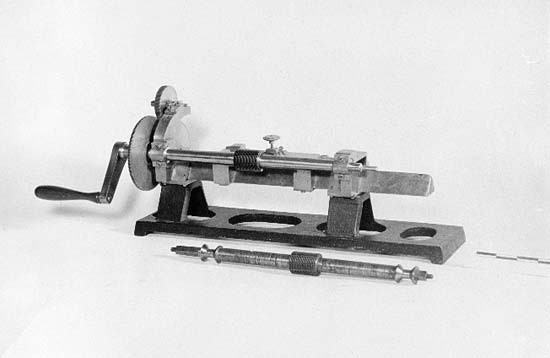 The first milling machine was operated in the same manner, except that the cutting tool was placed on the rotating main shaft. Embryos are mounted on a workstation or workbench and move according to the cutting tool, using the steering wheel to process the workpiece level. This milling machine was invented by Eli Whitney in 1818. Movements used in machine tools are called axes and refer to 3 axes: “X” (usually left to right), “Y” (before back) and “Z” (top and bottom). The work table can also be rotated on a horizontal or vertical surface, creating a fourth moving shaft. Some machines also have a fifth axis, allowing the shaft to rotate in an angle. 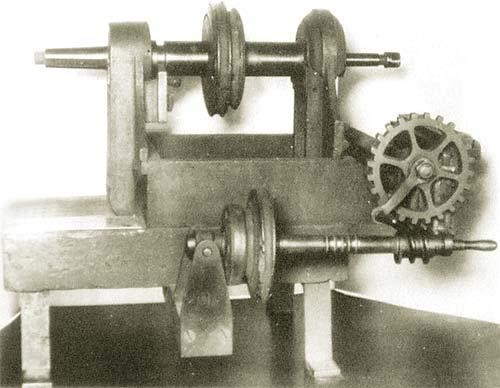 One of the problems with these early models is that they require the operator to use the steering wheel to create every detail. In addition to being boring and physically exhausting, the ability to manufacture operator details is also limited. Only a small difference in performance will result in changes in the shaft size and, at that time, create inconsistent details. The level of scrap metal generated from such activities is quite high, wasting raw materials and working time. As the number of production increases, more and more details are broken. Therefore, it is necessary here to be a means of operating machine movements automatically. Initial efforts to “automate” these activities use a series of cams to move tools or desks through links (linkage). When the cam rotates, a link follows the surface of the cam face (cam face), moving the cutting tool or workpiece through a series of movements. The cam face is shaped to control the amount of link movement and the speed at which the cam rotates to control the feed rate. Some machines still exist today and are called “Swiss” machines (Swiss machines), a name synonymous with precision machining. 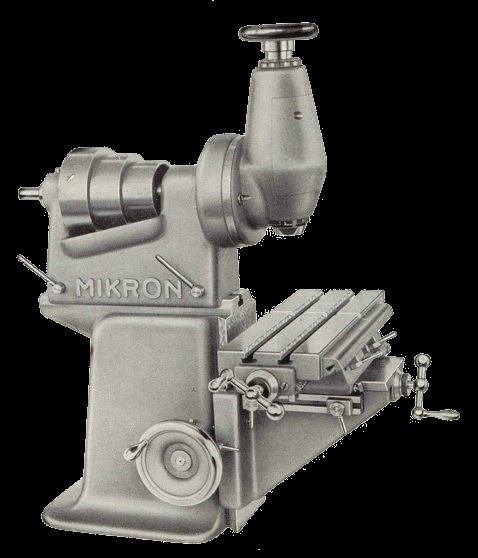 From early design to today’s operation.

Modern CNC machine design comes from John T. Parsons’ work in the late 1940s and early 1950s. After World War II, Parsons participated in the production of helicopter wings, a work that required machining. Exactly complex shapes. By using early IBM computers, he was able to create much more accurate level guides using manual calculations and diagrams. As a result, he won the contract to develop an “automatic level cutter” for the air force to create a curved face for the wing. Using a computer card reader and precision servomotor controllers, the machine is extremely large, complex and expensive. Even so, it works automatically and produces curved surfaces with high precision to meet the needs of the aircraft industry. 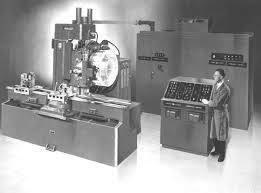 In 1947, John Parsons managed an airline manufacturer in Traverse City, Michigan. Faced with the increasing complexity of the detailed shape and the mathematical and technical problems they encountered, Parsons found ways to reduce engineering costs for the company. He used one of their central office computers to perform a series of operations for a new helicopter wing. Finally, after settling with IBM’s J. J. Watson, IBM and Parsons Corporation teamed up to create a machine controlled by punch cards. At the same time, Parsons also signed a contract with Air Force to produce a card-controlled or magnetic tape machine capable of cutting line-level shapes like those in propellers and airplane wings. After that, Parsons went to see engineers at the Massachusetts Institute of Technology’s Structural Engineering Laboratory (MIT) for supporting the project. The MIT laboratory has found this a good opportunity to expand research into control and feedback mechanisms. The successful development of CNC machine tools has been undertaken by university researchers with the goal of meeting the needs of military patrons.

With advances in integrated electronics, magnetic tape has been removed and, if so, used only to load (load) programs into magnetic memory. Modern CNC machines work by reading thousands of bits of information stored in computer program memory. The controller also helps programmers to speed up the use of the device. The latest device can choose a technical model created from a computer, calculate tool speed, material transport path into the machine and produce details without drawing or a program.

A product of Fanuc, based in Oshino, Minamitsuru, Yamanashi, Japan founded in 1958 by Dr. Seiuemon Inaba, who mainly operates Robot, CNC equipment, laser systems, with nearly 6000 employees all over. world 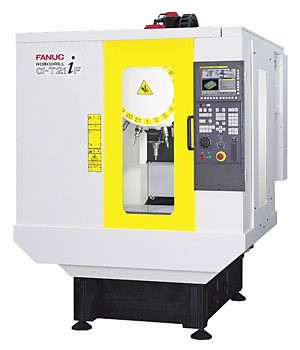 Produced by Siemens AG, the head office is located in Berlin and Munich, Germany. The company has 6 business areas: automation & control, electricity, transport, health, information and communication and lighting. 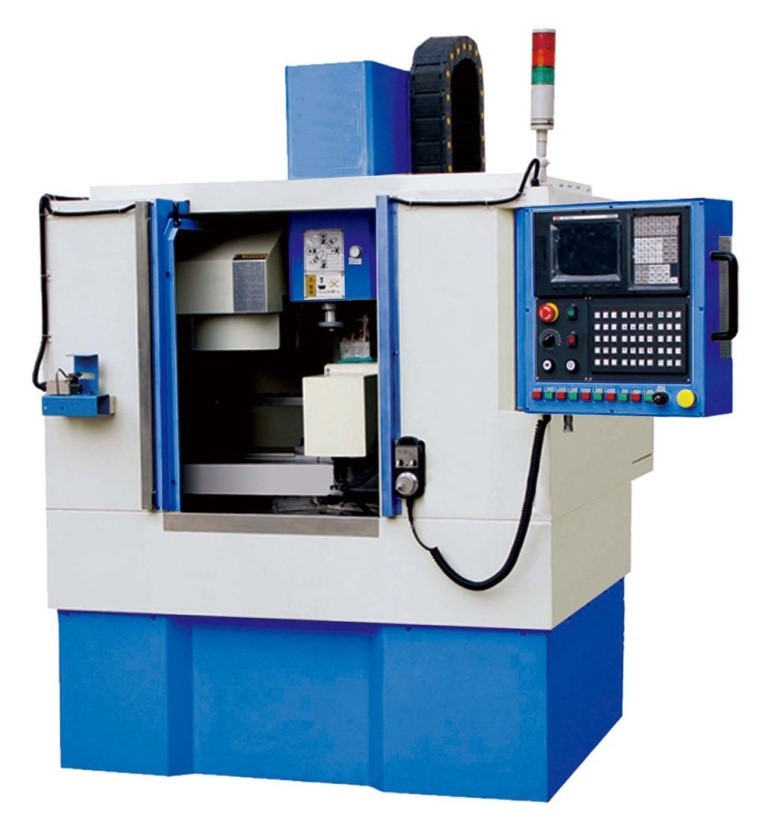 Centroid is a control system compatible with many different models. Developed by the Centroid CNC, based in Pennsylvania, USA. 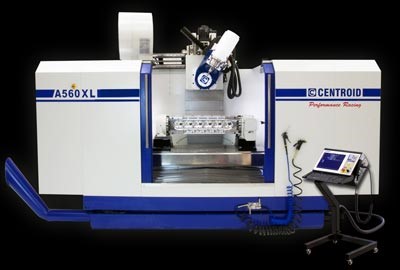 CNC machines will have a booming future. One idea being developed is a spindle-mounted machine suspended by six interlocking ball screw ties. The movement of the spindle is controlled by a complex computer that is capable of performing millions of calculations to ensure a precise level of detail. It takes several million dollars to develop and use high-end proprietary math, which promises the ability to perform unprecedented operations in metalworking. Advances in computers and artificial intelligence will make future CNC machines faster and easier to operate. Of course, the price of such machines will certainly not be cheap and may exceed the reach of many companies. However, it will take the price of basic CNC machines to perform initial 3-axis movements to a certain extent.

Enter your email address to receive the latest information from us